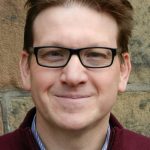 Revd. Dr. James Hughes has been vicar of  the United Benefice of Duffield and Little Eaton since September 2016. He is married to Kirsty, and they have four children. Before coming to Duffield James was Minister of Christ Church, Greenbank in Chester Diocese, having served his curacy in Guildford diocese from 2003 to 2007. His PhD is in Paul’s doctrine of the Church, particularly focussing on relationships between churches in the New Testament. 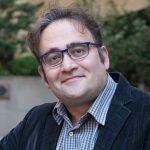 James was appointed Trainee Minister at St Alkmund’s church in November 2019. He is married to Emma and they have two children, Tom and Nancy. As Trainee Minister, his role includes leading and speaking at Sunday services and various midweek meetings, together with supporting a range of other activities and events across the life of the church, and also at St Paul’s church, Little Eaton. James is currently undertaking the Midlands Ministry Training Course (MMTC), run by the Midlands Gospel Partnership.

Originally from Doncaster, James has been attending St Alkmund’s since moving to Derbyshire and joining the church in 2001. James also regularly plays bass and guitar in the music-group at Sunday services and in their spare time, James and Emma write and record worship songs together. 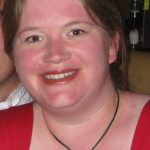 Emma worked previously as the administrator from August 2008 to December 2010. She attends St Alkmund’s weekly. She is married to James and they have 2 children; Tom and Nancy.

Her normal office hours are Tuesday and Friday 9.30 to 3pm. 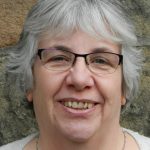 Diane formerly worked at Duffield Meadows as a teaching assistant and joined the staff team here in May 2018. She attends St Paul’s, Little Eaton weekly.

Diane is married to Billy and they have a grown up daughter, Amy 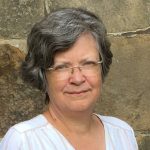 Liz joined the team in July 2021, having recently retired from a career with Rolls-Royce.

She and her husband Andy attend St. Paul’s, Little Eaton, where he is a Churchwarden. 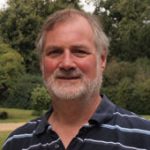 Richard is a Chartered Engineer who has spent all his working life in the rail industry, in a variety of roles. He currently leads engineering design teams developing new rail infrastructure (track, stations, signalling, etc.), mainly for Network Rail. As a result, he has moved around the country a fair bit!

He became a Christian at university and for many years was a leader on Scripture Union camps in Scotland, where he met his wife, Fiona. He and Fiona have led youth groups in most of the churches they have been involved in. Richard was first licensed as a Reader over 30 years ago in Sheffield diocese, and then in St Alban’s diocese. Following a move to York, Richard and Fiona joined the local Methodist church and Richard was licensed as a Methodist Local Preacher, before they moved to Duffield in 1992 and joined St Alkmund’s. Richard and Fiona have two children and three grandchildren. 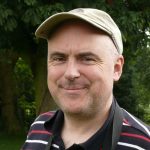 Paul was appointed Churchwarden at the 2019 Parish Meeting.

He first moved to Derbyshire in the 1980s and joined St Alkmund’s along with his wife Gill and their two children in 2007.

A journalist by background who spent ten years reporting on UK politics at Westminster, he now runs his own business specialising in media recruitment.

He has served on the PCC since 2012 and is also, together with Gill, the Parish Safeguarding Lead. His favourite pasttimes include gardening, cookery, DIY and country walks.